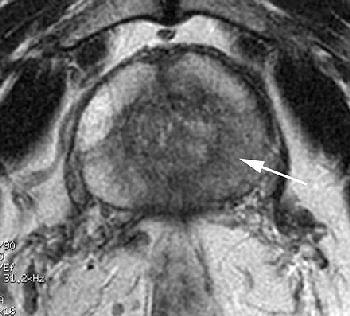 This is a real scenario and shows the complexity of managing certain situations about the prostate. Part of the problem is the common misconceptions about the prostate and prostate  cancer. As well all the things you read in the paper or hear on TV about new studies showing that the PSA is unreliable and is used too often by Urologists and in turn resulting in too many men being biopsied and then subsequently being treated…and subsequently as a result negatively affecting their lives with incontinence and impotence.

So imagine you are in the exam room with your doctor in the above situation and your urologist is walking you through the fine line of doing just the right amount of tests or procedures to determine if you have prostate cancer. The bottom line is that if you have cancer and this is found out a year after your office visit…you’d be quite disappointed and probably mad…probable the word “lawyer” may come to mind.

As Bart Simpson said when asked his thoughts on “why does increasing military might and expenditures on weaponry actually act a deterrent to war?”

Bart had wrongly been put in a genius class because the test scores of a brilliant student had been attributed to him. He said, “Well.. I guess you’re damned if you do and damned if you don’t!”

How about this added to the above scenario? The patient has seen the urologist and has had the two negative biopsies and his PSA is stable on the Proscar (which actually is worrisome..it should be half). The family doctor gets the PSA, and it is unchanged. The family doctor says to the patient, “I’ll leave your prostate exam to your urologist.” The patient however has not seen his urologist for five years. Uh oh! Do you see the perfect storm brewing…yes quite the opportunity for the late diagnosis of prostate cancer due to numerous factors and misconceptions on several layers. Of note in the above situation…the urologist is out of the loop. The patient has stopped going to him and being “checked up” by the family guy.

So one day on the blood work of the family doctor the PSA does go up. “Hmmmm, your PSA is going up. Have you been seeing your urologist? You haven’t? Well it may time to go back to him and let him evaluate these numbers.” The doctor then remembers that the patient is on the Proscar. He becomes concerned.

The family doctor remembers the warnings that pop up on his medical record screen regarding patient’s taking Proscar: Proscar does not cause prostate cancer if prostate cancer is found in a patient taking Proscar it is further along and more aggressive, i.e. the “masking effect” in lowering the PSA delays the diagnosis.

The patient is now back with his urologist after five years and the options are discussed.

If another biopsy is done it may be negative but it may not. And this is not a situation  the patient, the family doctor or the urologist wants to be in.

Summary-Negative biopsies, being on Proscar, reluctant male patients  not wanting to be messed with, misconceptions about prostate cancer, misunderstandings of the family doctor thinking the urologist is more involved in the care of a patient than the urologist actually is-all create a perfect storm of the late diagnosis of prostate cancer.

As my mother would say, “A word to the wise is sufficient”